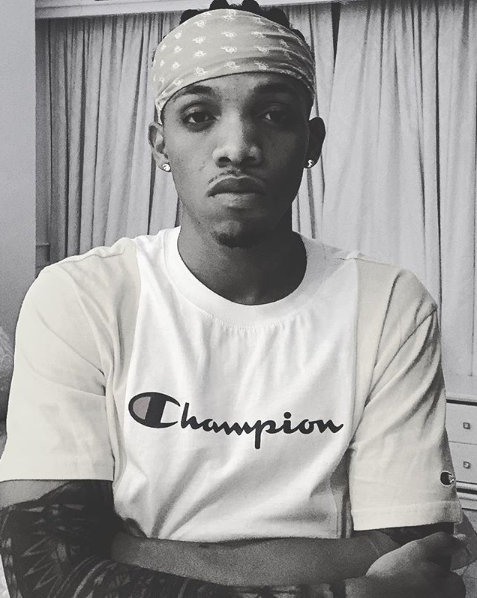 Nigerian singer, Tekno Miles has been reported to be presently suffering from damages of his Vocal box due to the strain placed on it from overtime performances hence can presently not perform or sing.

This announcement was made by Ubi Franklin from his management, Triple MG where he stated on Instagram that Tekno has been downplaying the ailment for some time now hoping it won’t last for long but contrary to that hope, the ailment seems to be going longer than expected hence the need for an official statement especially for his fans who are expecting something new from him.

The statement explains Tekno’s condition and hopes that very soon, he will come back better and stronger after the treatment. 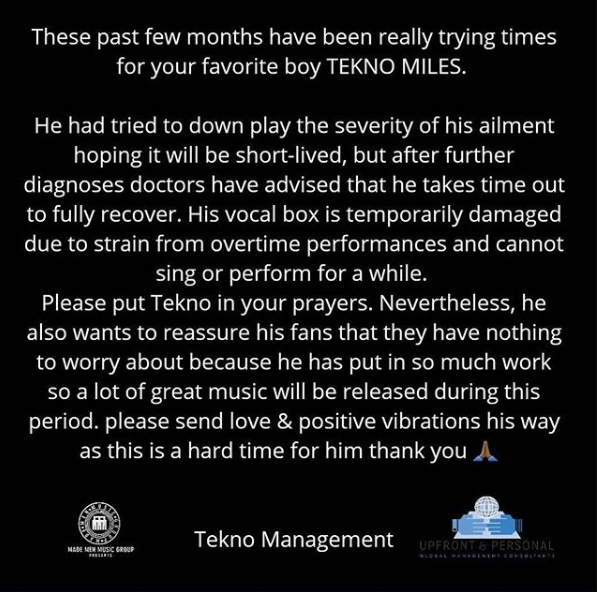