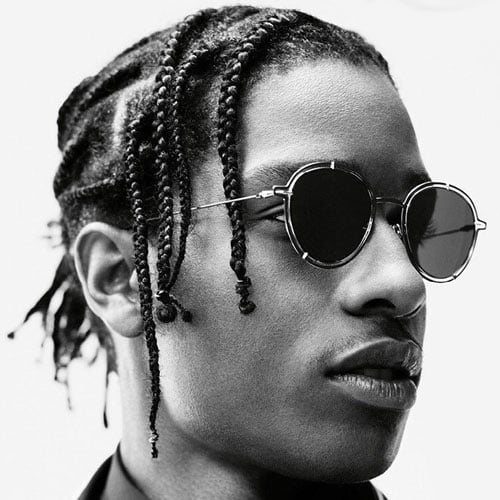 A$AP Rocky was supposed to take place backstage after an A$AP Mob concert in Philly, in a quiet, empty room, but in the moment, Rocky had a better idea. “We need to capture this chaos right here,” he said, gesturing around his dressing room, still packed with Mob members, girls, security guards, other unidentified loiterers, and even (according to A$AP Ferg, anyway) a loose mouse. “Let’s embrace the chaos,” Rocky suggested. “Rolling Stones in 1967, feel me.

He took his spot in the middle of a leather couch, surrounded by his old friends from Harlem—Ferg, Nast, Ant, and Twelvyy—and started methodically breaking down a small mound of weed as he spoke in a post-concert rasp. Every so often, he’d tease me for asking so many questions. But some of them he didn’t mind so much: GQ Style had collected them from a few of Rocky’s notable friends and admirers, with a promise of bringing back answers.